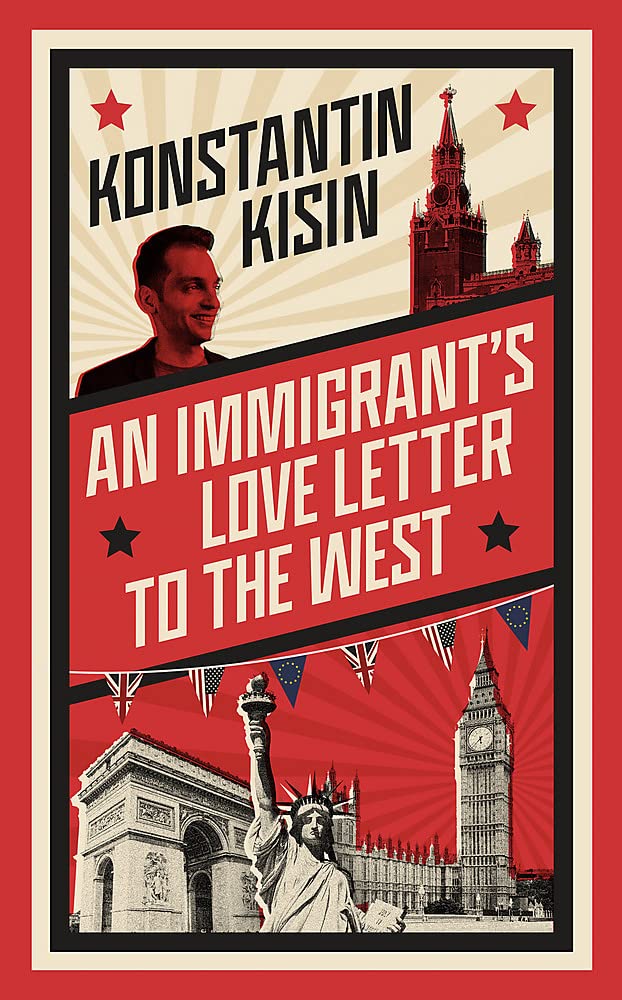 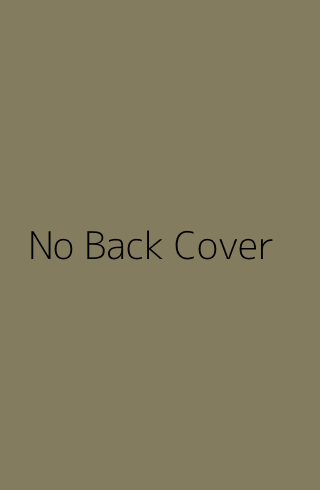 An Immigrant’s Love Letter to the West

“I can still remember the day I arrived in the UK with a wonderful sense of promise and expectation. Twenty-five years on, that feeling of freedom has never gone away. Nor has my adopted country ever disappointed me. Despite all the ups and downs, it has always been wonderful to me. That’s why I’ve written this love letter to Western civilisation. In short, Britain – and the West in general – saved me from a terrible fate. Now, as people seek to destroy it, I want to save it in return.” [26]

Over the past ten years, and especially since the shocks of Brexit and Trump in 2016, the West has been under relentless attack, not from China or Russia, but from within. Intellectuals, journalists, politicians, entertainers, and many educated elites within the West, have decried it mercilessly over the past ten years as inherently racist, sexist, misogynist, and homophobic. Sadly, many younger citizens are starting to believe it.

Konstantin Kisin is a prominent British comedian, social commentator, and podcaster, who has stood up to the progressive cancel mob in his own field of comedy and lived, indeed, thrived to tell the tale. He describes himself as a political centrist and does not fit easily into either of the major British political parties.

Is the West perfect? Kisin says no. But is it a darn sight better than its alternatives. Better than the ‘woketopia’ that so many elites seem to want to usher in? Absolutely, and in this book, part autobiographical, he argues why.

Life in a socialist paradise

Reflecting on this poll, Konstantin Kisin says many Westerners need a reality check.

Kisin was born in Russia and immigrated to England on his own as a child of eleven; sent there by his parents who knew his life would be much better there than in newly post-Soviet Russia. As a young child in Soviet Russia, Kisin was told never to discuss anything that was said within the family home, lest even the most innocent comments were twisted or misconstrued by informants and used as evidence of anti-government activity, leading to job loss, imprisonment in a gulag, or disappearance. Russia pioneered cancel culture. Because of this Russians were distrustful of one another and constantly self-censored. [7-10]

As well as the censorship, the Russia Kisin left was poor because the economy was, for the most part, regulated by bureaucrats who thought they were smarter than the population at large. They knew how much things should cost. They knew what goods people should be allowed to purchase.

They knew what optimal wages should be. Of course, the fruit of this was widespread poverty, scarcity, and general inefficiency felt by everyone except a few Russian elites who were in cahoots with the state.

This is to be contrasted with the West. In a chapter on capitalism, Kisin points out how capitalism and free markets have promoted more and better goods at historically unprecedented cheap prices that make ordinary people’s lives much easier. “By the standards of all human beings who have ever lived, we are far and away the luckiest people in history.” [113] For “free trade is the greatest promoter of human prosperity we’ve ever had.” [113]

Ironically, Kisin points out, while Russians knew exactly what was going on, many Western educated elites had no idea, and even propagated the opposite. Bernie Sanders honeymooned in Soviet Russia, and praised it, not realising that he was given a very controlled and limited look at Russian society by his tour guides. He fell for it so much that he spent much of his life trying to introduce socialism to America. [11-12]

How do Russians see Westerners? As Kisin says, certainly “they admire and covet the success of the Western project.” But, “They simply see those in the developed world as totally drunk on decadence; so accustomed to liberty and prosperity that they take it for granted – and appear to be throwing it away with reckless abandon, completely unaware of its inherent value and fragility.”

Is the West Racist? An Immigrant’s Perspective

Listening to much of the media, as well as what we hear from lecture theatres in universities, one would quickly conclude that the West and Western civilisation are intrinsically and uniquely racist, and therefore worthy of all the condemnation organisations like Black Lives Matter have heaped on it over the years.

But things are more complex. Take slavery, for example.

We are taught nowadays to think of slavery as a white, Western sin. But a 2018 report suggests that India is the home to the largest number of slaves – eight million – globally. China has 3.86 million, Pakistan 3.19 million, North Korea 2.64 million, Nigeria 1.39 million, Iran 1.29 million, Indonesia 1.22 million, Democratic Republic of Congo 1 million, and the Philippines 784,000.  [50] Kisin also points out something historians of slavery have always known, even if they have not publicized it much of late: slavery in Africa preexisted the arrival of European traders by centuries. Africans traded in Africans to Africans well before white Europeans did. [55]

Kisin reminds us that it was white Westerners who eventually abolished slavery in the West, with William Wilberforce spending his life trying to end it in Britain in the 18th and 19th centuries, and the Americans fighting a Civil War, costing hundreds of thousands of (white) lives to abolish it. [56-57]

Throughout his book Kisin also points out the blindingly obvious but very inconvenient truth: black and brown people from all around the world voluntarily leave their countries to live better lives in the so-called racist West, which is more than happy to take them in and give them all the civil rights and opportunities that whites have.

Free Speech and Why It Matters

The term “political correctness” actually comes from Soviet Russia. It denoted a statement that falls foul of what the state deems to be a correct opinion, regardless of its actual truth. [81] Given the fact that ‘woke’ ideology itself derives from Marxist ideology, it shouldn’t surprise us that the more ‘woke’ our policing system, legal system, media, and entertainment industry become, the less free we will be to speak our minds, just like the Russia that Kisin grew up in as a young child.

But it is not just that speech is being silenced, the meanings of words are being changed in such a way that public dissent becomes very difficult. After all, who would criticise diversity, inclusion, and safety? And who would be outrageous enough to question someone regarding the gender identity they affirm for themselves?

The catchphrase of ‘wokeism’ is ‘diversity’, but as Kisin says, “As a rule, the more outward ‘diversity’ an institution has, the more political uniformity there usually is among the people within it.” [82] Diversity really means, in true Orwellian fashion, uniformity. Much the same goes for ‘inclusivity’, which is the term most often used to justify excluding people for holding the wrong views.

Safety now means feeling emotionally secure, rather than actually safe; and unsafe means feeling emotionally threatened, rather than actually being unsafe. Thus, someone can be “unsafe” merely in the presence of another person whose political views make them feel vulnerable. Of course, gender and sex are now redefined away from biology and almost entirely towards feelings. Illegal immigrants are called undocumented migrants. Such is our Orwellian age. [82]

Dare to question any of this and you are deemed to be someone against inclusion, diversity, and safety. Russian self-censorship is becoming increasingly prudent in the ‘woke’ West.

RIP Western Civilisation? Not Yet!

There is good news. Although Western civilisation is under threat, predominantly by its own members, the good news is that it has the very resources it needs to fight back.

The solution to the suffocating tendencies of ‘wokeism’ is to reinvigorate the Western tradition of both freedom of speech and the dignity and identity of the individual, both of which emerged uniquely in the West over thousands of years. Exactly how this can be done is not clearly set out in Kisin’s book, but the internet is a key player in promoting a genuine diversity of views that allows citizens to access alternative ideas to what they are fed in the mainstream media, and from their universities. It may also be time for those who appreciate the best of Western civilisation to focus less on criticising established institutions and more on starting their own.

Kisin is the proverbial court jester, whose job is on the one hand to create laughter in a too-often miserable world, but also, strangely, to speak truth to power.  As he points out, ‘wokeness’ is the real hegemonic ideology; it has the power, and Kisin’s Immigrant’s Love Letter to the West is a great epistle of truth to refute it.

There is simply too much in the book to cover in a review, and several sections should be required reading for all switched-on citizens, particularly the section on why people have lost trust in our institutions, which is a tour de force and worth the price of the book [96-104]. Kisin’s book is an especially ideal read for young people, because it is written in a very engaging and non-technical style (although some readers will find the language at times confronting). For an engaging and honest introduction to what is good and bad in the modern West, and why it is worth defending against its critics, An Immigrant’s Love Letter to the West will be hard to surpass.