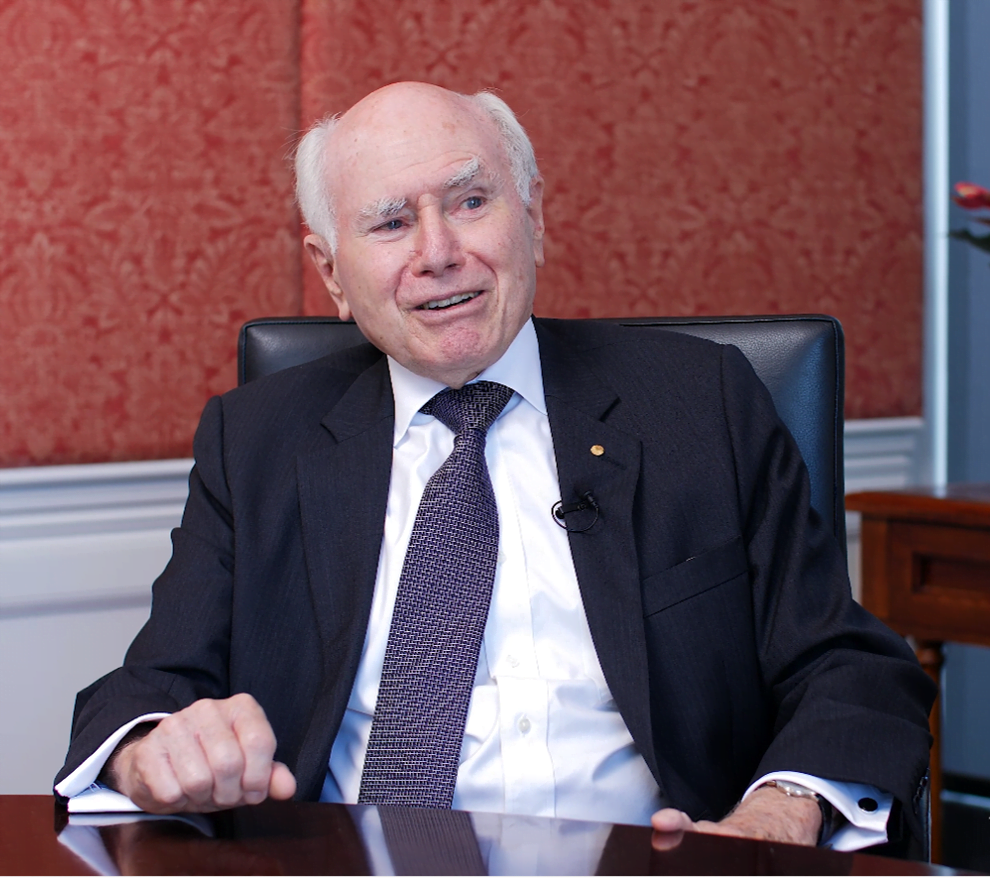 In this wide-ranging interview, John and John Howard delve into the major political, social and economic problems facing Australia. They cover rising debt and inter-generational theft, political correctness, civic culture, familial health, immigration, foreign alliances, our relationship with China and the legacy and future of Australia and the West more broadly.

John Howard served as the 25th Prime Minister of Australia, in office from 1996 to 2007. Howard’s achievements as Prime Minister included the establishment of tougher gun laws, the introduction of a nationwide goods and services tax, immigration reform, and industrial relations reform.

Under his leadership Australia contributed troops to the wars in Afghanistan and Iraq and led the International Force for East Timor. He also committed $1 billion in aid following the 2004 Indonesian tsunami. His government returned ten out of twelve budget surpluses; unprecedented in the post war period.

This interview coincides with the 25th anniversary of the election of the Howard Government.