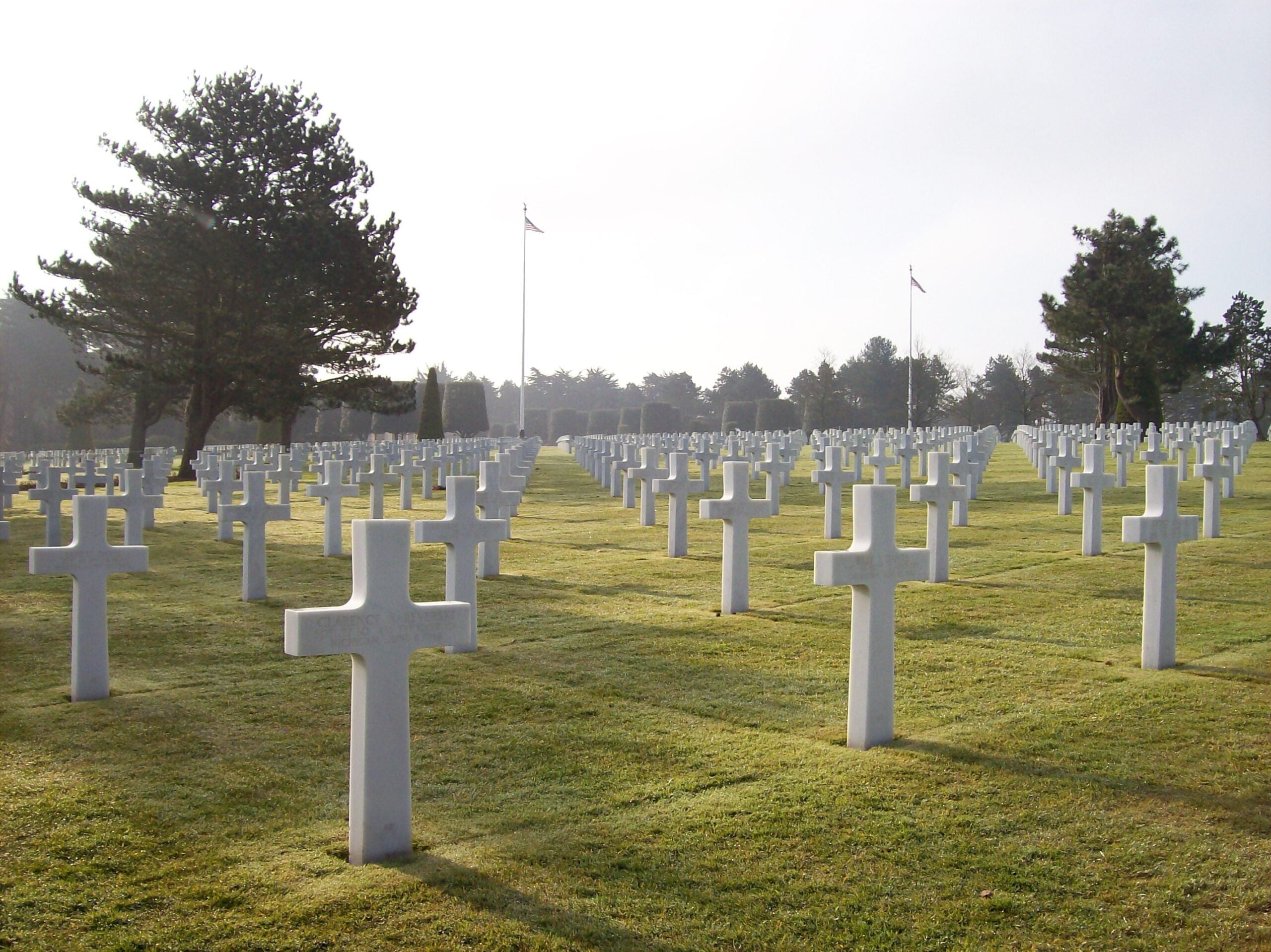 I grew up in the shadow of war, the son of a man who bravely bore the scars of unmentionable conflict.

It gave me a very deep appreciation of those who had given so much to secure the free and blessed Australia I’ve lived in all my life, and ensure that I’ve not had to face the dreadfulness of the battlefield.

It also gave me an absolute ­conviction that every effort should be made to preserve our security, peace and our place in a rules-based global order.

My father enlisted in the AIF in May 1940 at Paddington in Sydney, following the disaster of Dunkirk and the related realisation that Hitler and the Nazis were ­beyond reasoning with.

He found himself in the 2/3rd anti-tank unit of the famous Ninth division, bound for North Africa.

On the second morning of Allied General Bernard Montgomery’s very large and successful attack on Germany’s General Erwin Rommel’s Africa Korps at El Alamein, he was so badly wounded trying to drag a colleague back into the safety of a trench that his friends were told he would not see the day out.

Somehow he did. Like so many, he never – ever – talked of the ­horrors of the moment when a German Panzer tank found the range and opened fire on his anti-tank guns, as dawn broke.

As a boy, however, I grew up deeply aware that he was somehow treated differently, even reverently, by others. He was recognised as one of those brave people who had risked everything – one of those to whom we owed our freedom.

People would say to me in hushed tones that my father had been through terrible things, and furthermore the dreadful scars on his body were a powerful reminder of what he had experienced.

Much more impactful still were the nights when he would, in his sleep, scream out “get down, get down”. Plainly, he was reliving a nightmarish moment that filled my mind with a deep sense of the awfulness of war.

As the uncertain but deeply ominous storm clouds of a global struggle for dominance gather again, I find myself deeply, desperately concerned about what seems to me to be a lack of urgency in Australia as we are confronted by a world that is becoming more uncertain and dangerous every day.

In the context of the current election I seriously believe that the issue of which team is best placed to secure peace for Australia going forward should be the overwhelming priority in voters’ minds.

In fairness, I am a mid-boomer, now in the middle of my 60s. The great majority of my fellow Australians are younger and have never experienced serious conflict of the sort that might rob the nation of its freedom, or lived in the presence of those like my father and his contemporaries who did. Even the scenes playing out in Ukraine seem so far away that it is hard to grasp the very real dangers to global peace and security that they pose.

Yet as we approach Anzac Day, I believe we should think carefully about the extraordinary maturity that a young nation of just 5.5 million people displayed in the years following Federation in 1901.

This young nation poured much needed money into its army and navy, and in 1911 instituted compulsory military service for all young men.

Just five years after it was ordered, the new and seriously powerful navy, complete with the first two of an intended six submarines, sailed into Sydney Harbour in 1913 to massive fanfare. A year later the Great War erupted. We had risen to the challenge and had the naval power to quickly secure the southwest Pacific from the dangers posed by Germany and her colonies and forces in the region. By contrast, Australia was simply not prepared for World War II, even though it was older and larger and ought to have been a more mature country.

Certainly, that was also true in Great Britain, where in February 1933 the Oxford Union had overwhelmingly voted in favour of the resolution that “this house would under no circumstances fight for King and country”.

Perhaps, after the horrors of the trenches, there was a deep reluctance to even contemplate the threat of another major conflict.

Indeed, this perception and the reluctance of the democracies to respond earlier in the 1930s almost certainly turned what should have been no more than a series of nasty border skirmishes into the worst conflagration the world has ever seen.

Those young English students who had created the impression that they would not stand up were in fact fighting tooth and nail for their freedom just a few years later, as were young men in Australia.

An unprepared Australia had to turn to the United States to secure our homeland when the Japanese entered the war in no small part because even our ability to counter the threat of Japanese submarine activity on our coasts was almost non-existent, a very dangerous state of affairs for an ­island nation.

By contrast, the Cold War found an Australia, along with the West more broadly, reawakened to the great importance of readiness. Our forces were very significant: a powerful air force, a capable army, a navy replete with two ­aircraft carriers and Oberon submarines. History records the Cold War never became a hot war, proving the old Chinese saying that if you want peace then prepare for war.

Perhaps the collapse of the Berlin Wall in 1989 ushered in a complacent, even naive or perhaps hubristic, belief that democracy had won: history had ended and the West was the last man standing. Many nations, including Australia, assumed we could take the peace dividend and that the global trajectory was fated towards peace and democracy.

And so too today. If a young nation of just five million could read the dangers of the time and respond with clarity and urgency and effectiveness, just what is wrong with us, a much older and larger nation?

Have we been so intent upon questioning our own values, on convincing our young people that they are inheriting such an inherently bad culture that there is real ambivalence about defending it?

Have we become so comfortable and insular that we have lost our capacity to understand the real nature of the world around us? Did we so buy into the myth of the “lucky country” that we forgot how much work and sacrifice went into keeping us safe?

The dangers inherent in our complacency are grave. We are not as a country being realistic about the urgency, as this election campaign so clearly demonstrates.

It is important that the Coalition has framed the dangers well and made some important decisions about greater military preparedness for the future, and the ALP seeks to assure us it has a unity ticket on national security.

Yet polls indicate that we may well be heading for a hung parliament which would be dangerously subjected to the influence of people who are at best ambivalent – and at worst committed to reductions – in defence expenditure.

Why so many otherwise intelligent Australians appear willing, even keen, to jam the parliament at a time when all the international lessons are screaming at us that our future depends on strong economic, supply-chain security, energy and defence policies is ­beyond contemplation.

How can it be that those who are so concerned about climate change policy and national integrity commissions (I have the Greens and the so-called teals in mind) cannot see that it is only a free, liberal, democratic society that gives them the capacity to pursue these ends?

This Anzac Day should be an opportunity for national reflection on just what those who gave so much might think of us as the heirs to the freedoms they secured.

John Anderson was the deputy prime minister of Australia from 1999 to 2005. He hosts a video podcast, discussing key matters of political and cultural significance with Australian and international thought leaders, available via audio podcast, johnanderson.net.au and YouTube.