Like other farmers, I find myself in the frontline of the battle between humans and climate. The drought afflicting much of eastern and central Australia is easily the worst I’ve experienced, though no worse than in 1902-04 and 1946-48.

A party that can convince us it can end drought, fire and heat extremes would win every rural booth in the country and probably most of the city vote too. But, like every other farmer, I cannot afford to be romantic. The Australian bush rewards pragmatism, hard work and common sense, but it punishes naive idealism.

We are being urged to take the modelling on climate change seriously, yet are dismissed as dumb or dishonest when we ask for the modelling on how we may best respond. The truth of the matter is that global warming is a global issue. Australia’s Chief Scientist, Alan Finkel, tells us that if Australia stopped emitting greenhouse gases tomorrow, the impact on the world’s climate would be “virtually nothing”.

The maths bear him out. We produce just 1.15 per cent of global emissions while those emissions are increasing at an annual rate of 2 per cent globally.

Yet the sentimental claim that we can solve Australia’s climatic problems by acting alone has become enshrined in Labor-Greens policy. Bill Shorten is committed to reducing the amount of greenhouse gas Australia emits in the next 10 years by 1.3 billion tonnes, triple the amount required under the Paris Agreement. For the opposition to present this as serious policy in the absence of any detail on cost, mechanisms and benefits confirms this is our first truly post-truth election. The only quality modelling available shows the Labor-Greens approach will have serious consequences for the economy, jobs and wages.

It is concerning that most of those who want Australia to lead by its chin are in secure, well-paid jobs, often in the public service, who face no immediate threat to their own interests. Like Shorten, they appear happy to pay the cost of reducing emissions with other people’s jobs and pay packets.

This is a recipe for deep social and economic division, just as has happened in France, the host country for the Paris Agreement. There is a profound warning for Australia in the irony that France has been forced to abandon the plans its elites tried to impose on the people whose jobs were at stake without their consent.

It is extraordinary to me that there has not been a greater acknowledgment of the need to fully inform the electorate of the impact of Labor’s proposals, particularly given that in a democracy the ability and capacity to take policy forward requires informed consent. If a democracy is to function properly, voters need to understand the implications of a party’s policy platform. The fact the Labor Party and so many of its supporters feel they can get away with their present approach is a symptom of the “born to rule” mentality they traditionally accuse the conservative side of politics of displaying.

Details, information and planning are critical in farming. Farmers know the consequences that flow from poor decisions, and that these must be foreseen and addressed. The farm sector’s international competitiveness has already been severely eroded by increases in transport and energy costs stemming from mismanagement of energy policy in the past decade.

Further magnification of the policy clumsiness and uncertainty we have seen during the past decade will result in more of our industries, including agricultural production and food processing, going offshore.

Just as is the case with industries such as smelting and cement production, the perverse result will be that Australia contributes not to lowering global emissions but to increasing them. Pumping up global emissions in other countries and then importing products that we should be producing hardly makes environmental sense.

This cavalier attitude towards transparent and honest explanation of policies reflects the broader problem of the abandonment of clear thinking and the embracing of no-consequences, feel-good virtue politics.

And just as we are urged to heed climate modelling, we must also consider the advanced understanding we now have of economics. If we accept climate models can be a useful tool we must also acknowledge the value of economic modelling. Yet the warnings of some of the country’s most distinguished economists about the effects of Labor’s policy on the economy are being dismissed.

Labor’s tax increases, compounded by their very poor design, will have exactly the same impact every other such experiment has had wherever it has been tried, including in this country. Labor promises bigger slices of the pie for the disparate identity-based constituencies that it has stitched together while all our economic knowledge tells us that Labor’s policies will in fact reduce the size of that pie.

Labor’s economic plan therefore runs directly counter to its stated objective of raising wages. Yet outside of The Australian there has been remarkably little close scrutiny of these important issues by the mainstream media and particularly, it has to be said, the ABC. One wonders just where its generously taxpayer-funded economic analysis and reporting capacity is to be found, especially given its responsibilities under its charter.

Perhaps the greatest obstacle to restoring our politics is that trust in our political institutions is at an all-time low, as the Australian National University’s research confirms. Indeed, there has been no “honeymoon” or resurgence of trust following any of the federal elections since 2007.

On this basis, the continual decline of trust since the 2007 Rudd election will only continue if Shorten wins tomorrow. Trust cannot be restored without genuine transparency and a serious commitment to obtaining informed consent for an agreed policy agenda by an incoming government.

The post-truth age is proving to be a dangerous beast.

John Anderson was deputy prime minister from 1999 to 2005. His writing and interview series is at johnanderson.net.au. 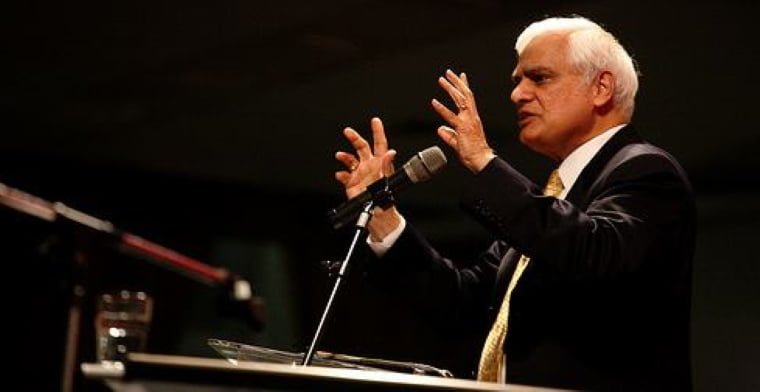