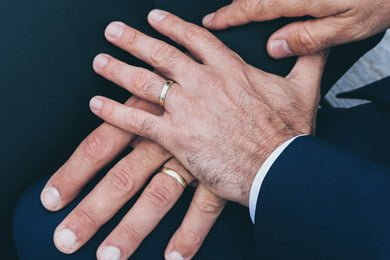 The overwhelming number of human beings that have ever lived never knew freedom. They were slaves to tribal leaders, feudal lords, emperors, kings or ideological dictators. Truly free societies have never rested on freedom in the abstract but on particular freedoms.

These include the freedoms of conscience, speech, association and to own property. Not some philosophically abstract “freedom”, but these freedoms define liberalism, and free societies exist only to the extent that these freedoms exist. All of these freedoms are perpetually under threat somewhere, but I would like to focus on one that is often forgotten but no less imperilled today.

Freedom of conscience is the freedom not to be forced to act contrary to our deepest held values, those values without which we cannot even imagine ourselves being the same person. Everyone has a morality by which they live and therefore has an interest in freedom of conscience, for this freedom is the freedom from being forced to violate it and in doing so assaulting our own sense of self-respect.

Perhaps the best way to appreciate the significance of freedom of conscience is to imagine what society would be like in its absence. In fact, we don’t need to imagine, for history is our guide. The classical world was described by Benjamin Constant as one in which “no importance was given to individual independence, neither in relation to opinions, nor to labour, nor, above all, to religion”. Democratic Athens’ greatest citizen, Socrates, was executed for falling foul of community opinion. In the 1530s, Sir Thomas More found Henry VIII’s oath of supremacy over the church deeply offensive to his conscience as a Catholic. More, one of his age’s greatest statesmen, scholars and lawyers, was beheaded in 1535. Alexander Solzhenitsyn described his 20th-century Russian experience of a society with no freedom for conscience, one of forced labour, torture and death, all under the insidious banner of freedom and equality.

Sadly, there are many poignant examples today of regimes where freedom of conscience is no longer protected.

The degree to which we abhor these societies is the degree to which we should cherish the very freedoms whose absence would move us in that perilous direction. But these freedoms are being treated with increasing indifference in our own back yard under the well-intentioned cover of the same old abstract slogans. Sadly, the slavish pursuit of equality produces only slaves to equality, and slaves are no longer free; such is the paradox of good intention uninformed by history.

Harvard philosopher Robert Nozick illustrates this paradox of freedom: A free society will naturally develop economic inequalities as free people seek their own individual economic advantage. The only way to increase economic equality is to decrease freedom, and perfect economic equality is the perfect absence of freedom. It is no coincidence that the most unfree (and impoverished) societies have been those that stressed equality as their overarching ideal.

Equality movements that pursue “uniformity of opinion” bring extinction to the ever-fragile state of freedom. Another Harvard political philosopher, John Rawls, noted that in a free society, without coercion of thought, the natural state regarding questions of morality and human identity is a state of disagreement. The only way to get all people to agree on heartfelt issues is to force them to do so. Freedom and universal agreement on controversial moral questions are incompatible. If you want the latter you must abolish the former, and that’s precisely what is happening around the world, and in grave danger of happening in Australia.

The ideology of “diversity”, which seeks to reset views on sexuality, gender and marriage, has emerged as the most serious bandwagon threat to democratic freedoms today. The aspiration of this movement is for a society in which everyone must conform on the issues of sexuality, same-sex marriage and transgenderism.

The modus operandi of the movement has been to use anti-discrimination and hate-speech laws to punish people and organisations who disagree. This is the strategy of “jamming” called for by Marshall Kirk and Hunter Madsen in their influential 1989 book on gay political strategy, After the Ball. It calls for unrelenting personal attack and vilification on any who offer an alternative view. This has been a hallmark of the same-sex marriage campaign and a dangerous precedent in any society where viable responsible debate is essential to the maintenance of freedom.

It is deeply perplexing that so many of our elected representatives seem unconcerned or uninformed about the potential dangers to the fragile rights of a free society in play across the Western world.

As Dyson Heydon has forcefully noted, modern elites do not desire tolerance but demand unconditional surrender. It is particularly concerning to me that so many who stand in the liberal and conservative traditions appear strangely unmoved and unengaged in the face of these potential dangers.

West Australian Liberal senator Dean Smith’s bill guarantees only “the right of clergy and religious institutions” to decline participation in same-sex marriage services and celebrations. There is by omission no recognition of the likelihood of damage to the freedom of conscience for ordinary citizens and their businesses. Smith and many of his colleagues seem unmoved by the encroachments on freedom of speech and conscience already demonstrated in Australia.

Perhaps the importance of freedom of conscience is best appreciated if we put the shoe on the other foot. Consider the debate about forcing cake makers to supply same-sex weddings against their conscience. Should a caterer who happens also to be a LGBTI activist be forced to cater for an Australian Christian Lobby conference? Should a proudly gay baker be forced to bake a cake with an anti-same-sex marriage message on it?

To say that in the case of the bakers their refusal to make a same-sex marriage wedding cake was because the clients were gay is the same as saying that the gay caterer refused services because his customers were Christians. No, in both cases it is not the identity of the customers that is the issue, it is the activity of facilitating the celebration of something to which they had deep conscientious objections.

The Liberal Party is in peril of forgetting that there is more to free societies than free markets.

For Australians this is potentially very serious, for in our celebrated casual way we lack strong protections for freedom of conscience and speech.

Smith’s exemptions approach arguably does more harm than good, for it assumes freedom of conscience is of worth only to professional religionists and not to all Australians. This weakens even further the standing of this important democratic right and makes it an easy target for those who would lobby to erase this exemption and similar exemptions that may remain in state legislation.