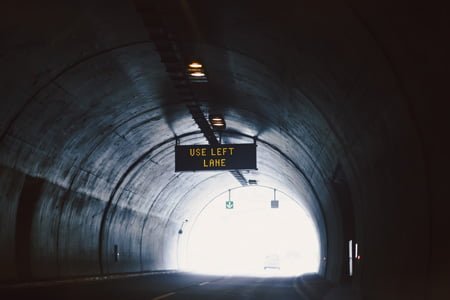 The left is pulling our universities off centre

For all the benefits they continue to bring us in so many vital areas, Western universities can no longer be regarded as bastions of free thought, open inquiry and vigorous debate. The evidence is copious and irrefutable — now, in the early part of the 21st century, it is true to say that too many univer­sities in general are enemies of free speech, enclaves of intellectual narrowness and conformity, and purveyors of political propaganda and bureaucratic oppression.

In my comment published on this page last week I introduced many readers to the work of Jonathan Haidt, a social psychologist and professor of ethical leadership at New York University, and his book The Righteous Mind, in which he lays his moral foundations theory. It reveals the difference ­between the moral outlook held by those on the progressive left and those on the conservative right. We saw how progressives mostly place value on only three of the six universal moral foundations — care, liberty and fairness — with a particular emphasis on care. Conservatives, conversely, value all six moral foundations pretty equally, supplementing their moral palette with the added social relational concerns of loyalty, authority and sanctity.

A further fascinating insight ­revealed by his work is that this narrower “progressive” moral-political outlook is found only within “WEIRD” cultures: Western, educated, industrialised, rich and democratic. The historical and social reasons for this are complex and manifold but broadly speaking it has to do with the rise of radical individualism in the West. The individual and their rights have become absolutely paramount, to the extent that they often trump the wider rights of the group and society as a whole. The first three moral foundations — care, fairness and liberty — are concerned more with the individual than the group. The other three — loyalty, authority and sanctity — pertain more to the welfare of the group.

This is all very interesting from an academic point of view, but what does it mean for our univer­sities? Well, the more WEIRD any group is, the likelier they are to subscribe to the “progressive” moral-political world view, and universities are the most WEIRD enclaves in our progressively WEIRD societies. Increasingly, then, they are places where people who hold a left-wing political view congregate. This is evidenced by the work of Haidt and his colleagues through their organisation tracking this phenomenon and facilitating practical responses to it (https://heterodoxacademy.org/).

They recently published a study showing that in 1990 in the US about 20 per cent of faculty tended right politically, with more than 40 per cent of faculty tending left (the rest occupying the moderate middle ground). By 2014 those on the right had fallen to nearer 10 per cent and those on the left had jumped to about 60 per cent. A similar tendency can be ­observed right across the Western academy, including Australia.

We are indebted to the Institute of Public Affairs for its work last year revealing that only one Australian university places no ­restrictions on free speech. (It was the University of New England, and the report can be found at https://ipa.org.au/research-areas/free-speech-campus-audit-2016.)

So what, you may ask. If you were a left-winger you might argue that progressive politics was the most enlightened and ­advanced, and the fact the most well-educated people in our society increasingly subscribed to it was evidence of this.

Superficially this may seem a reasonable assertion, but apart from the fact Haidt’s ­insights seem to point in the ­opposite direction — that progressive politics is morally trun­cated, failing to account for all the innate moral concerns that universally occupy humanity — this phenomenon is also deeply ­undemocratic.

Part of the reason our Western democracies have been comparatively successful in ­almost all categories is because of the pluralism in our political views. Broadly speaking, our populations are usually divided down the middle, so that the left-right split is on average 50-50. Polls, elections and the political cycle itself all testify to this fact. It is demonstrably beneficial to the health of our democracies that power is divided among people and parties holding a broad range of political views.

As ever, history can instruct us on why this is fundamental to our social and political wellbeing. Whenever one wing, be it left or right, gains dictatorial pre-eminence over the other, what follows is always tyranny, terror and vast human suffering. The 20th century is bulging with instruction. There are the usual candidates, Adolf Hitler on the right and Joseph Stalin on the left, but some of their less remarked-on colleagues tell a similar story: Augusto Pinochet in Chile and Francisco Franco in Spain on the right, and Pol Pot in Cambodia and Fidel Castro in Cuba on the left.

The radicalisation of the academy, then, is cause for grave concern. University graduates are disproportionately represented in the careers that have the most ­impact on our culture: politics, law, media, the arts, academe, business and so on. We can already see how this substrata of our society is ever more alienated from the views of the person on the street. If you take issue with this statement, just look at what happened in the US and Britain recently. The elite practically commanded the populace to vote against Trump and Brexit — the populace revolted.

If we want to leave a robust, healthy and dynamic democracy to our children we must do something to reverse the political homogeny swamping our universities. A dyed-in-the-wool radical intent on ushering in the revolution right now may well wish to celebrate. A pragmatic student of history, however, will be rightly alarmed.

Our institutions of higher education are well funded by the taxpayer, and for good reason. The benefits they bring can barely be quantified: they conduct research, generate new ideas and debate, provide employment to thousands of people, inform government policy and myriad other social benefits. They are indispensable.

Above all, perhaps, they are one of the foundation stones of our ­intellectual and moral wellbeing. If they are in dereliction of this function, then it’s surely time in this country that we implemented initiatives like Haidt and his colleagues are undertaking in the US to redress this tendency. It’s high time that real action is taken ­before it’s too late.